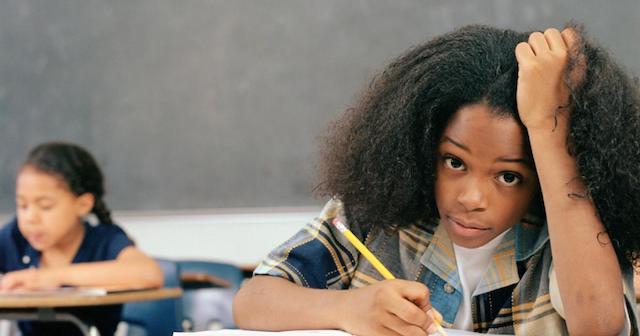 As students start to return to school for the new year, people should be paying attention to Baltimore City Public Schools. Baltimore has 20,500 students in the public high school system. It was recently discovered that 41% of all high school students earned a grade point average below 1.0. Yet, as the students in her system are failing, Dr. Sonja Santelises, the CEO of Baltimore City Public Schools, has a salary of $325,000, the highest ever for a Maryland superintendent. Even more troubling? Santelises was given a raise and a contract extension while having such paltry performances by the students in the school system.

The failures also occur at the elementary school level. Out of all the elementary students in Baltimore’s public school system, 52% had at least one failing grade in the first 3 quarters of the year. Students are failing at every level of the system, and school bureaucrats are being lavishly compensated. School students are being held hostage by incompetence while those in charge become wealthy.

The stories emerging from Baltimore’s schools are horrifying. There have been accounts of students in high school being unable to read at grade school levels. There are students unable to do math. One student was a high school senior with a 0.13 GPA, graduated, and ranked 62 out of 120 in his class. The student had failed all but three classes during his first three years of high school.

Parents are watching their children fail while being promoted to the next grade. This ultimately leaves them unprepared to enter society in a successful way. A horrifying tale features a graduating senior who had difficulty reading numbers. The student had the number 65,123 written out in front of her but struggled to say what the number was, WMAR Baltimore reported.

“Like my daughter should be able to read numbers. Come on, that’s something we’ve learned in elementary school,” said Vanessa Hanlay, the mother of the BCPS graduating senior.

How is this happening in the United States of America? Why are those in charge getting raises and job security while students cannot perform rudimentary skills needed to function in society?

Hanlay’s daughter recently turned 18. Her mother is afraid of her graduating because she believes her daughter is unprepared for the world. She also felt her daughter’s teachers didn’t care much.

Funding for the schools does not appear to be a problem. The city has a budget of nearly $1.4 billion for 77,583 students. That translates to approximately $18,000 per student.

Why are these salaries so high for a school system that is leaving its students unprepared to enter the real world? What other profession handsomely compensates and gives raises and extensions to their employees for failing to accomplish the bare minimum? This is an incompetence of epic proportions. The students and their families need help. School officials are being paid way too much and are not being held accountable for their failures. Taxpayers are funding school bureaucrats to live in the lap of luxury while the students and their families live in poverty.

Furthermore, where are the Democratic politicians, Black Lives Matter activists, and other alleged advocates of social justice? Nearly 3 out every 4 students in the system are black. These students are being rushed through the school system and left unprepared to enter the real world. Meanwhile, the school system’s CEO received a raise and a contract extension. Yet, there is little, if any outrage by the groups who pretend to care most about black lives. Do black lives only matter after fatal encounters with law enforcement? Shouldn’t black lives matter before they get to an encounter with the police? Democratic politicians and BLM activists should be outraged that school bureaucrats get wealthy off of failing African American students.

Written by Christopher Tremoglie for the Washington Examiner ~ August 21, 2021