Ever since parents began sounding the alarm about critical race theory, the woke Left has denied that schools were teaching CRT. 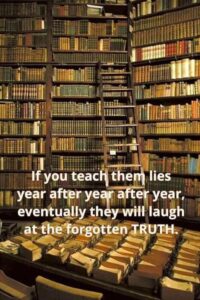 “We oppose attempts to ban critical race theory and/or The 1619 Project,” the National Education Association (NEA) said in a resolution late last week. At its 2021 annual meeting, America’s largest teachers’ union — and largest union of any kind — passed a slew of pro-CRT resolutions. They also approved “an already-created, in-depth study that critiques white supremacy, anti-Blackness, anti-Indigeneity, racism, patriarchy … capitalism … and other forms of power and oppression.” The resolutions amounted to a declaration of war on parent organizations that have sprouted up as sentinels against encroaching wokeness. The victor will determine the path of education for America’s children and — by extension — our country’s future. Finally, the battle lines are drawn clearly.

Ever since parents began sounding the alarm about critical race theory, the woke Left has denied that schools were teaching CRT. “Critical race theory is not taught before law school,” said MSNBC guest host Alicia Menendez.

CBS anchor Tanya Rivero concurred, “Is critical race theory being taught to my fifth grader? The answer is no. Critical race theory is an advanced topic that pretty much takes place at the graduate level.” They clearly implied that parents speaking out were unqualified to direct their children’s education, at best overreacting and at worst unable to spell CRT.

But now the NEA has suddenly reversed course, not only admitting that they are teaching CRT, but vowing to “fight back against anti-CRT rhetoric.” At least the NEA, with its membership of 2.3 million teachers and budget exceeding $427 million, is now being honest about the ideology they’re infusing throughout America’s 14,000 school districts. To the NEA, indoctrinating students with CRT is so critical they are willing to violate the law. They declared, “we, the undersigned educators, refuse to lie to young people about U.S. history and current events, regardless of the law.” Surprisingly, the NEA failed to understand how unpopular their pro-CRT declarations would be. After posting them on their website, they removed them on Tuesday after swift, sharp backlash.

The NEA was forced to show its true colors because of vigorous pushback from parents. The first half of 2021 saw more school board recall efforts than any year since 2006, with 54 recalls targeting 135 school board members so far. “I have never seen this kind of energy before from parents,” FRC’s Meg Kilgannon explained on “Washington Watch.” Kilgannon said the pandemic served as a catalyst, not only exposing school curriculum to parents, but also “parents saw that teachers unions … were interested in serving their membership, which is teachers, and they were not necessarily interested in returning students to the classroom.”

NEA President Becky Pringle signaled support for the resolutions when she said, “we, the NEA, will lead a movement… to reclaim public education as a common good and then transform it into something that was never designed to be — a racially and socially just and equitable system that prepares every student, everyone, to succeed in a diverse and interdependent world.” In response, Kilgannon said she was “offended that she thinks our education system was never designed to be something for all students.” Indeed. Pringle’s language signals a desire for a continuous revolution and reveals to everyone the ultimate goal of this fight: Marxism.

The showdown between the education mafia and America’s parents is here. Pro-CRT educators want to indoctrinate America’s children, not educate them. They aren’t even concerned about racism (otherwise, they wouldn’t advocate for critical race theory). As Meg insisted, “America is not a fundamentally racist nation. Americans are not fundamentally racist people. That’s why we believe in public education.” And that’s why we must continue to fight for it.

Written by Tony Perkins for the Family Research Council ~ July 7, 2021