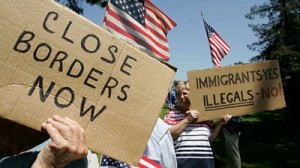 20 Governors sent a letter to Pres. Joe Biden and Vice President Kamala Harris, urging them to take immediate action to end the ongoing border crisis and noting the impacts that the crisis has on state resources.

The letter was sent just two days before the Department of Homeland Security released official apprehension numbers for April.

Border Patrol officers apprehended 173,460 illegal border crossers last month — a 20-year high and an increase of more than 4,000 from the previous month. There was a small drop in the number of Unaccompanied Alien Children (UAC) who were apprehended, but nearly 17,000 were still apprehended after crossing the border illegally.

While both Texas and Arizona governors signed the letter, most were from states not located near the Southwest border. But they noted that the administration’s decision to resettle UACs across the country makes the border crisis a national issue.

The crisis is too big to ignore and is now spilling over the border states into all of our states. Recently, the U.S. Department of Health and Human Services called upon many of our states to identify potential housing locations for migrants. In addition, the Department circumvented our states altogether by asking private organizations and nonprofits to house unaccompanied migrant children. Often these facilities lack adequate security.

Allowing the federal government to place a potentially unlimited number of unaccompanied migrant children into our states’ facilities for an unspecified length of time with almost zero transparency is unacceptab le and unsustainable. We have neither the resources nor the obligation to solve the federal government’s problem and foot the bill for the consequences of this Administration’s misguided actions.

The letter was signed by: