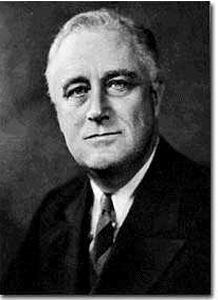 “On the eve of a national election, it is well for us to stop for a moment and analyze calmly and without prejudice the effect on our Nation of a victory by either of the major political parties.

The problem of the electorate is far deeper, far more vital than the continuance in the Presidency of any individual. For the greater issue goes beyond units of humanity–it goes to humanity itself.

More than four years ago in accepting the Democratic nomination in Chicago, I said: “Give me your help not to win votes alone, but to win in this crusade to restore America to its own people.” Continue…