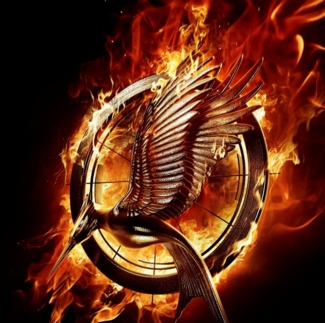 “If we burn, you burn with us” — those were the fighting words that rallied support behind the symbol of the rebellion: The Mockingjay.

Katniss Everdeen (Jennifer Lawrence), when pushed to her limit, became the symbol of hope and change that Panem’s Districts were so dearly in need of. ‘The Hunger Games: Mockingjay Part 1’ was 123 minutes of being on the edge of your seat, almost holding your breath to see what would unfold next. Even though I had read the books, I found that the cinematography, acting, and screenwriting were compelling enough for me lose myself in the narrative.

This third film from the incredibly successful trilogy by Suzanne Collins does not disappoint. Those who interested in the politics behind the narrative will find this instalment much more thought-provoking.

While there has been an enduring theme of fighting against injustice and the cruelty of the elite and privileged, there is more civil unrest in this film. The presumed destroyed District 13 is arming its fighters for the battle of a lifetime. All they needed was a rallying symbol.

The ‘Mockingjay’ is the final piece in the puzzle in undoing the tyrannical oppression of President Snow (Donald Sutherland) and the Capitol. As President Snow remarked previously, “hope is the only thing stronger than fear”.

To combat the fear and punishment raining down from the Capitol through the “Peacekeepers” is to convince the residents of Panem that they have something stronger to fight for: a new, fair Panem.

The perspective shifts between the state of matters in the Districts and in the Capitol. While Katniss is exposing the Capitol’s tyranny and destruction, Peeta (Josh Hutcherson) is appearing to be the Capitol’s puppet. We see the chilling progression of the Capitol’s treatment of Peeta as the rebellion gains momentum in the Districts. Disorganised chaos and anger develop into planned and strategic attacks designed to hit the Capitol where it hurts.

Instead of the chaos of separate District civil wars, the members of the Districts work to cut off the supplies from the Districts. President Snow compares the working of the Districts to serve the Capitol as blood providing life to a beating heart. Snow warns that nothing can exist without a heart, but we also know that a heart cannot exist in isolation. And inaction would come at a greater future cost than the immediate cost of a rebellion.

However, many, almost too many, find themselves paying the “ultimate price” for fighting for what they believe in.

While no-one is seeking bloodshed, the members in charge of organising the rebellion see the loss of a few good people in service of bringing down the oppressors as a price they are willing to pay. Katniss, when stricken by guilt over what Peeta must be going through, tearfully beseeches Snow and declares, “I never wanted any of this, I never wanted to be in the Games, I just wanted to save my sister and keep Peeta alive.”

For Katniss, this fight will always come down to the personal. She is ready to sacrifice herself if that would ensure the safety of her family and her friends.

And initially that noble but narrow goal is what almost stops the rebellion before it can properly get started. I think Katniss’ disagreement with authority over the best course of action is down to her personality as well as her relative youth and inexperience with the ways of the world. While she has experienced more trauma, horror, death, and pain than anyone, let alone a teenager, should ever experience, she is, at her core, still thinking only as a sister and friend rather than like a more detached strategist like President Coin (Julianne Moore). 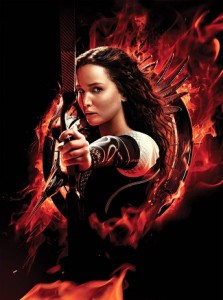 Before seeing the state of District 12, Katniss’ focus was rage against Plutarch Heavensbee (Philip Seymour Hoffman) and Haymitch Abernathy (Woody Harrelson) not saving Peeta, but the sheer mercilessness and destruction by the Capitol’s forces on the ground at District 12 becomes one of Katniss’ defining and mobilising moments for action. From the original 10,000 residents, a mere 915 survived the (off-screen) attack after the last Hunger Games.

Overall, ‘The Hunger Games: Mockingjay Part 1’ was a really well-made, thought-provoking, emotional (I teared up more than once), and inspiring film. I remember leaving ‘Catching Fire’ and being furious at the Capitol. I left Mockingjay feeling like I wanted to join Katniss and the rebellion.

I definitely recommend seeing the film regardless of whether or not you’ve read the books. And while it might be considered “young adult fiction”, a wide variety of ages can enjoy this story.

And remember that “the courage of one will change the world”.