Published in ‘Village of the Damned’ on the first generation Federal Observer, December 4, 2001

“We will never devise the perfect test, a test that accurately assesses students irrespective of parental education and income, the quality of the local schools, and the kind of community a student lives in, but we can do better,” opined Richards C. Atkinson, president of the University of California system. Atkinson insisted, calling again on Nov. 16 for the elimination of the “SAT I” as an admissions requirement at the University of California’s eight undergraduate campuses.

In fact, while “perfection” is indeed an impossible standard, a test which does this extremely well does exist, and it’s called … the SAT.

Atkinson opened a two-day university-sponsored conference on standardized tests in Santa Barbara by calling for an increased reliance on high school grades, or the SAT II, which The AP describes as “a less common test more closely tied to subjects studied in high school.”

But Mr. Atkinson is almost certainly being disingenuous. When the SAT is graded, do those marking the test sit down and say, “I don’t know. The raw score in the math section on this one is 670, but look here – this kid lives in a poor community, went to a lousy school, and his parents didn’t even graduate from the eighth grade. This kid just “won’t fit in” with the tweed-and-ivy set. I think we’d better knock down that score by at least 100 points in consideration of these factors, don’t you?

Of course not. No such discussions ever occur, because those “scoring” the SAT (or any nationally standardized test) have no access to such information – they are generally even kept in the dark about the student’s name and sex, lest even unconscious bias lead the examiners to somehow penalize women, blacks, or anyone else they might be predisposed to consider “inferior college material.”

Nope, the glory of the standardized test is that, if Miss Snooty Two-Shoes whose teachers have been giving her all A’s in filthy rich Scarsdale or Beverly Hills rather than offend her socially prominent parents is in fact a moron who can’t solve a simple syllogism, this is the day everyone will finally find out. Meantime, if a shy and barefoot sharecropper’s son with a speech impediment – which has led even his own teachers to assume he’s a hopeless imbecile without taking account of the fact he’s been beating Boris Spassky in their e-mail chess matches – zips through the test, checking off every box correctly, those scores are going to come back as 800s, The full scholarship offers are going to start arriving in the mailbox down by the tree, and no white supremacist is going to be able to do a thing about it.

But what Mr. Atkinson is calling for is precisely the opposite of what he would have us believe: He is objecting to the very objectivity of the SAT, instead seeking a system which will operate not ir-respective of these environmental concerns – which are in fact just a list of euphemisms that really mean the speaker believes blacks and Mexicans don’t and can’t do well enough on the tests, while Asians score “too high” – but which will instead allow admission officers to admit more blacks and Mexicans and bar Asians until they meet some pre-set quota, regardless of how well such kids are really likely to fare in college (or how much they’ve already learned … if there’s really any difference between the two.)

But that’s nonsense twice over. First, a student who gets a “C” in her calculus class at a tough private or public school in Gross Pointe, Mich. or Cleveland Heights, Ohio, is in all likelihood better educated and more likely to succeed on any college campus than some pierced and tattooed cretin who was awarded a “B” in junior-year algebra (traditionally an eighth-grade course) for merely showing up at some inner city school where even the teachers couldn’t spell a dozen three-syllable words on a bet.

And as for “cultural bias,” it’s been 30 years since the quota police started to whimper that – by asking where milk comes from – the SAT was showing a “built-in bias against inner city minorities” who might believe the answer is “cartons” rather than “cows.”

The correct answers to this supposed conundrum are:

1) The folks who write the SATs have been bending over backwards for years to screen out questions that might favor someone because he or she was adept at yachting or polo terminology;

2) unnecessarily, as it happens, since our institutions of higher learning actually do operate in the mainstream, English-speaking, European-derived culture. If you’re reading Julius Caesar it is not an adequate excuse for failure that you’re not of Italian extraction and thus can’t be expected to have any background in Roman history, any more than you should be excused a failure to grasp passages in Moby Dick because youve never been to sea and don’t know a harpoon from a jib boom. Students of all ethnic backgrounds are equally capable of going to the library and “looking it up.” We’re supposed to believe there are children who don’t know about cows because they’re “culturally deprived” and have never read, you know … a book … but who nonetheless next year will be cheerfully rattling off Latin genus and species in pre-med biology at Harvard or Tufts if just given the chance?

If you’ve been listening to rap music (or banjo-strumming, or salsa, or whatever) instead of figuring out how to parse the meaning of Shakespeare and Madison and Tenche Coxe and even Voltaire and Cicero and Chaucer … in the original texts … then you are indeed ill-prepared for higher learning, and it’s about time we told those who claim this is “unfair” that yes, the world is unfair, but the SAT is not … it’s hated precisely because it’s such a representative manifestation of our proud national meritocracy, where all truly are judged equally and regardless of race, religion, or national heritage.

It’s a real world out there, where there are not multiple acceptable ways of interpreting the electric schematics for an elevator installation, depending on whether you’re a “sun person” or an “ice person.” Get it wrong and the elevator is either going to lock up or free-fall down its shaft, and no amount of justification that “Everyone should be respected for his cultural diversity and encouraged to hum his own tune” is going to change that unimpeachable physical reality.

3) “cartons” versus “cows”? Any 17-year-old bound for a self-respecting American college should be expected to answer that milk comes from “mammals.” If the SAT needs any reform, what it needs is not to be “dumbed down,” but rather to be “smartened up” to seriously thin the ranks of losers clogging the hallways of our institutions of higher learning and holding our gifted students back. 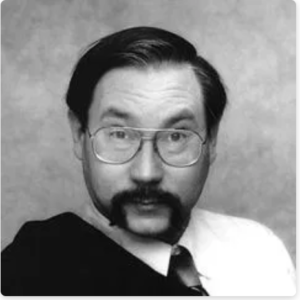 At the time of this above post, Vin Suprynowicz, was the assistant editorial page editor of the Las Vegas Review-Journal. As a 25-year veteran newsman, Mr. Suprynowicz had three times been named to the Golden Dozen, the 12 best editorial writers in the United States and Canada, as judged by the International Society of Weekly Newspaper Editors. His book, Send in the Waco Killers: Essays on the Freedom Movement, 1993-1998, was recommended reading and was, at the time available from Amazon.com. We readily acknowledged that Vin Suprynowicz, was pretty strong medicine for most of today’s 21st century left-wing statists – but believes his regular columns were essential reading for any well informed libertarian or open-minded conservative. He was one of the few real newspaper editors left in America, today – so enjoy!