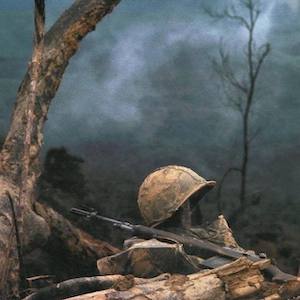 I’m sitting here watching a documentary about the Vietnam War. It is about to bring me to tears. I look at these 18, 19, and 20 year old boys who have just graduated from high school, and they are so full of pride and love for their country that they are more than willing to go half-way around the world to somewhere they have never even heard of to keep America from falling to the evils of Communism.

These young boys knew about the atrocities that Communist countries had committed throughout the years because they were taught actual history in school by real teachers, which is a lot more than I can say about our education system of today.

The difference between the education system back then is they taught the actual facts about Communist regimes unlike the public school system of today that glorifies Communism under the disguise of Socialism.

When they returned home from a living nightmare, they were spit on and called Baby-Killers. The ones who spit on them and called them names are the very same low-life SOBs who are now our university professors who are teaching our younger generation how great Communism is and how evil America is. They are the ones who are teaching our younger generation to HATE America.

It is time for real Americans to take this country back from these Communist bastards before it is too late, and let’s not let the 10’s of thousands of brave young men who fought to save this country from exactly what it has become today, to have done it in vain.

I just want to say to all of our Vietnam Vets, “Thank You, and y’all will always have the utmost respect of all True Americans.” As far as the Communist’s bastards who call themselves Americans, may they all burn in hell.