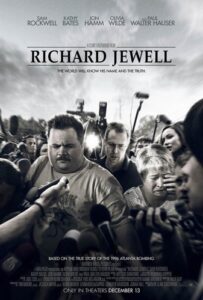 Richard Jewell, the film, is a perfect analogy for what the FBI and DOJ have done to President Trump, Michael Flynn, Carter Page, George Papadopoulos, and the American people.

Clint Eastwood’s new film is the true story of how the FBI destroyed the lives of Richard Jewell and his mother after the 1996 bombing at Centennial Park in Atlanta during the summer Olympics. Jewell was a security guard at the park who noticed an unattended backpack under a bench. He alerted other police on the scene, who determined that it was indeed a bomb. Jewell and the other police immediately began moving people away from the scene. The bomb did explode; two people were killed and many were injured, but Jewell’s actions saved many lives.

For a few days, he was a hero, but then the FBI began to focus on Jewell as the perpetrator because he “fit the profile.” He lived with his mother, wanted to be a policeman, and had lost several security jobs for various reasons, including once for impersonating a police officer. That is all they had, all they needed — not a shred of real evidence beyond their conviction that he must be guilty because he fit the profile.

And based on the FBI’s certainty that he was guilty and an inelegant leak to an Atlanta Journal-Constitution reporter, the media mob ran with the story in the cruelest of ways. There is a scene in the film in which a room full of reporters at the AJC are laughing and applauding three days after the bombing because they were the paper to first print the news that the FBI was focusing on Jewell. If this scene is an accurate representation, then journalists are even more cold-blooded than previously known. It appears they can easily revel in a tragedy if they are first to report it.

It is a heart-wrenching film on every level. It is also a perfect analogy for what our current federal law enforcement agencies have done to President Trump, Michael Flynn, Carter Page, George Papadopoulos, and numerous others if they were in any way useful for their desired ends. The FBI agents in the film skirt the law over and over again in their zeal to indict Jewell. They lie, trick, bug his home without a warrant, invade his apartment and nearly strip it bare. They attempt to entrap him over and over again.

Watching the film, it is impossible not to think that this is exactly what the FBI under Obama did to Flynn, Page, et al. The only difference is that the agents in the film torture Jewell because they mistakenly concluded that he must be guilty even though they had no evidence, no trace evidence; nothing connected Jewell to the crime. The FBI agents who persecuted Flynn, Page, and Papadopoulos knew up front that none of them was guilty of anything. They were just pawns in the plot to frame candidate Trump in order to ensure that Hillary won. What they did was not only despicable, but blatantly unconstitutional.

Once Robert Mueller was appointed special counsel, they doubled down on their evil plan. The I.G. report has confirmed what millions of us have known for at least two years: that the Steele dossier was a ridiculous hoax from the outset, a collection of nonsense paid for by Hillary Clinton.

All those craven television journalists who swore that it had been confirmed and corroborated owe their viewers a thousand apologies. It is quite likely that none of them asserting its truthfulness had bothered to read it. If any of them had, one would assume that even they would have realized that it was just “bar talk,” as the I.G. report relates what the sub-source called it. Our media have learned nothing since the Olympic bombing fiasco — not one thing.

The villains in the film, aside from the actual bomber, who was caught six years later, are the FBI and the media. The parallels to what we have seen over the last three years from the senior leadership of the FBI under Comey, McCabe, and their willing flunkies and the Obama DOJ’s Holder, Lynch, and Rosenstein have certainly not been lost on Clint Eastwood. They are obvious and undeniable. Our premier law enforcement and intelligence agencies, including Brennan’s CIA, ceased to be about our First and Fourth Amendment rights long ago, let alone national security. They became, at the top, imperious; they came to see themselves as above the law.

Lately, all these not-witnesses the Democrats have paraded in front of their silly impeachment committees are feigning allegiance to the Constitution when we all know they hate the limitations it places on them. If what the FBI did to Richard Jewell as depicted in the film is true, it would seem that the FBI gave up abiding by the constraints of the Constitution long ago.

As we now know from the Horowitz report, those involved in the Russia and Ukraine hoaxes were completely untethered to any legal constraints at all. They knew from the outset that the Steele dossier was phonied-up nonsense but they ran with it. That is how stupid they all assume we deplorables are. We are so dumb, in their minds, that there is no need to obey the law, to be honest or fair. They have long been confident that they will never be caught or punished for their lies and crimes. We know that many of the perpetrators of the Russia hoax still have their jobs. If they have not aged out, the agents that framed Richard Jewell are probably still on the job or getting their pensions.

If there is a sentient person on the planet that does not know the mainstream media is not only corrupt but that it has nothing whatever to do with news reporting, he or she must live in a cave. The only real journalists are not on CNN, MSNBC, ABC, CBS (except for Catherine Herridge) or NBC. If there is even one at the NYT or WaPo, it would be good to know. The real journalists are well outside of the mainstream: John Solomon, Andrew McCarthy (no relation), Sara Carter, Eric Felten, Lee Smith, Gregg Jarrett, Dan Bongino, Jeff Carlson, and everyone at the Federalist. There are many more, all available online. These are the people who have done the heavy lifting and informed the public. What is astonishing is the fact that the mainstream network and print people ignore what all these actual journalists report. They assume that because they are not a member of their elite club, they are illegitimate. Chuck Todd, for example, is oblivious to the fact that Ukraine meddled in the 2016 election for Hillary!

These folks don’t know half of what those of us who pay attention to all those people who are real investigative reporters know. Our oh-so-self-important media elites are willfully ignorant. Just like the FBI agents that railroaded Richard Jewell, the mainstream media has developed a narrative and they are sticking to it, no matter how seriously the actual facts undermine and discredit it. 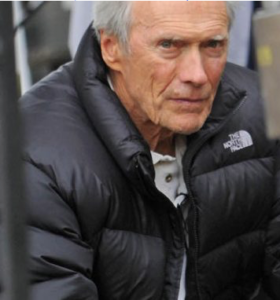 Eastwood’s film is a masterpiece. He has exposed the perfidy of the FBI and the media in 1996 and at the same time shown us that the culture of the higher-ups at the FBI had not changed one bit when they decided to stage a coup against a presidential candidate they did not like. Once Trump won, they doubled-down on their betrayal of the American people and the Constitution. Do not for one minute take seriously their sudden respect for our founding document. A truth Dennis Prager often proclaims, “The left is the enemy of America.” The FBI under Comey, the DOJ under Obama and the mainstream print and digital media are the public face of that enemy. Do not miss this film. Paul Walter Hauser as Jewell deserves an Oscar for his very fine performance.