No matter what the reboot or rebrand may imply, Dracula is still a monster and “democratic” socialism is still tyranny. Many of us grew up watching Dracula movies – Nosferatu, the “Undead.” Fearful of the sunlight that could burn him into cinders, Dracula lived in a coffin filled with his native Transylvanian soil by day, only to come out at night to live off the life-giving blood of the living. But to continue his “unnatural” existence, this human-like vampire had to kill his victims by draining them of their own blood, or in the process of turning them into “creatures of the night,” like himself. Welcome to the nature and history of socialism. END_OF_DOCUMENT_TOKEN_TO_BE_REPLACED 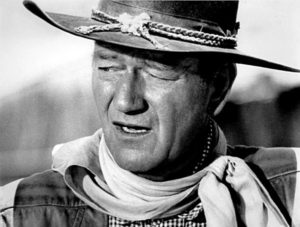 Since the beginning of the twentieth century one of the newer art forms and expressions of our culture has been cinema—“motion pictures.” It was the novelty of live theater and acting captured as moving images in film and presented on a screen. In many respects, like other art forms, film represents what is happening in our culture. At its very finest it is capable of shining a vivid light on our beliefs and values, portraying them, dissecting them, and, like other art forms, it may be used as an instrument to affect or even shape our outlook and our politics. END_OF_DOCUMENT_TOKEN_TO_BE_REPLACED