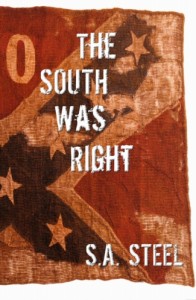 In 1861 eleven States of the American Union withdrew and formed themselves into the Confederate States of America…. The United States resolved to compel these seceded States to return into the Union by force of arms. The South resolved to defend her liberties. … The North was the aggressor from first to last. For years before the war, it began and carried on an agitation hostile to the South, and when the South sought to protect itself by peaceable withdrawal, it invaded the South with fire and sword. ~ Newly published from a 1914 manuscript by Samuel Augustus Hawkins Steel (S.A. Steel).

“A nation that is ignorant of its past, is a nation that is ripe for deception and manipulation. Therefore, it is not what happened, but rather what people believe happened which determines the present actions of a nation.” ~ Warriors of Honor

~ Editor and Publisher’s Comments ~
It was 1958 and that year I attended the Crestwood Elementary School in Northbrook, Illinois. It was this one fortuitous year that I would receive the greatest gift of my ‘formal’ education – a year to remember for many reasons – chiefly among them was my teacher – Donald Adair.

In those years, history (or Social Studies as they called it) was taught from the outset of our formative years. How many times would we learn the stories of Columbus or Magellan and the other explorers, in addition to the tales of the Sons of Liberty and the original American Revolution? But Mr. Adair took me down an entire adventuresome path when he embarked on something called ‘the Civil War’ – and nearly six-decades later I am still excited to be on my quest for TRUTH.

My mentor taught history not only in an exciting manner – but most importantly – in a truthful way, and one of the ways he accomplished his goal – was to challenge us to learn – and he knew how to get us to question, question, question – and in that manner – we learned.

It was near the end of our studies of this period of American history, that we were to put on a series if vignettes depicting various moments of that four year period. When it came time to cast the roles of the two Generals who were to meet at Appomattox Court House on that day in April of 1865, I was asked, “Which General would you like to portray Jeff?” My answer instinctively was, “General Lee.”

During that year with Mr. Adair, I was given two gifts; the first being that in the fifth grade – I learned the truth about what I have always called, the ‘War of Northern Aggression’, and secondly – to never end your quest for the TRUTH – no matter the cost… and now this treasure of a forgotten book by S.A. Steel, which supports so much of my life’s studies… 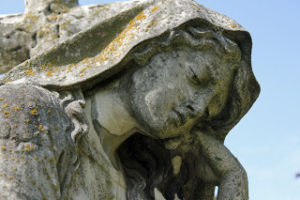 During the late Spring of 2000 I was privileged to travel cross country by car, where I spent two of the most spiritual hours I have ever experienced – walking the hallowed paths of the old Oakland Cemetery in Shreveport, Louisiana. Among those interred are nephews of President Jefferson Davis; sons of Confederate General Richard Taylor, numerous casualties as well as at least 300 veterans of the conflict.

Why this book? Why now? Given the irrationality of the PC crowd in Washington, D.C. and the media today – and NASCAR, the NAACP, the South Carolina debacle and the digging up of Confederate soldiers from ages old cemeteries – I frankly have heard enough of the ‘victor’s’ side of an issue that should have been settled long ago. Racism? Sure – by a group of radical degenerates who just can’t let go of their version of Reconstructionist foolishness? Even D.W. Griffith would be appalled.

Enjoy a real piece of Americana and learn the way it really was in our two nations – and the REAL reasons that eleven states chose to leave the Union – and how the Constitutional provisions allowed this to happen.

It’s not now nor never has been about “the Flag.” It’s about TRUTH.

I know, I know…. “but Bennett, this is just too incendiary. It’s politically incorrect.”

Well… let’s just say that I have never been too concerned about just who the hell I offended. My goal has always been to bring an alternative thought process to the table – and more importantly – a little something called TRUTH!

Thank you Donald Adair. You are still my inspiration nearly sixty years later.

What you are about to read (80 pages of book print) was written by Samuel Augustus Steel in 1914 – a mere half-century after the end of the War of Northern Aggression. The book was published by the The R. L. Bryan Company of South Carolina – yes THAT South Carolina – where the Confederate Battle Flag was just removed from the South Carolina State Capitol recently. Shame on them all!

“A nation that is ignorant of its past, is a nation that is ripe for deception and manipulation. Therefore, it is not what happened, but rather what people believe happened which determines the present actions of a nation.” ~ Warriors of Honor

On the evening of July 23, 2015 we completed the provocative cover art for a brand new printing of this amazing piece of American history, which we are offering in a printed version with an introduction by the Publisher for a cost of $7.95 plus postage.

Do what you can to support our work – but more importantly – to get the TRUTH into your hands and spread the word. Take this fight to every street corner in the land – and together – we MIGHT make a difference. Send one to each Representative or Senator who has bought into the wrong side of this battle.

This is about much more than a flag…

For quantity pricing postage, please call us at 623-327-1778. Leave message if you reach the voice mail. we WILL phone you back!