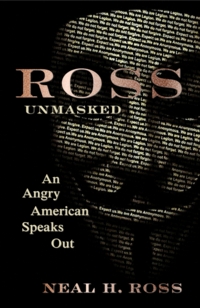 When some people read my articles, I get the impression that they focus more on who I am talking about, rather than what I am talking about. As I write, I find myself in a never-ending struggle to word things in such a way so as to get the message across without turning people off. My only desire is that they will, at least, consider the possibility that I may be telling them the truth.

I would like to continue along that train of thought for a moment. While any individual article may be discussing the actions of a specific person in our government, if you look closely there is a constant theme behind all my articles. That theme being, our government is, and has been, assuming powers not authorized, and infringing upon our rights.

If anyone cared to research that claim on their own, they would find that it is something that cannot be contested, it is an undeniable fact. It is also something that does not change, no matter who controls the Congress, or who is the current occupant of the White House.

What I try attempting to do awaken people to the fact that our government has a long history of abuses of power by those whom we have elected to represent us. Unfortunately, in most cases what I end up doing; is offending people because I appear to be bad mouthing their candidate, or their political party. The truth of the matter is that the entire government is worthy of my contempt.

Contempt is a pretty strong word, so in my defense I would ask that you consider the following. Remember it takes Congress to pass a bill and the President to sign it into law, so this applies to each official who takes an oath to uphold the Constitution.

If, by definition, a criminal is one who breaks a law; and If the Constitution is the Supreme Law of the Land, (Article 6); and if, according to the Constitution, “No money shall be drawn from the treasury, but in consequence of appropriations made by law” (Article 1, Sec. 9); and if Article 1, Sec 8 contains no provision whatsoever which authorizes the government to use treasury funds, or taxpayer dollars, to fund a bailout of any financial organization, then answer me this.

If we still consider ourselves a nation which is governed by the rule of law, could someone, anyone, tell me why not one member of Congress, or one President, past or present, has not come under indictment, or has not found themselves behind bars for breaking the law? Would anyone care to explain that to me?

Are we to assume that those who serve in the federal government are above the law? If they are not, yet they steadfastly refuse to obey the law which was written to guide their actions, i.e. the Constitution, then how dare they expect us to obey laws, which in more cases than not, they were never authorized to enact to begin with? It sounds like a classic example of do as I say, not as I do. What hypocrisy!

That, my friends, sounds an awful lot like tyranny to me. One of the definitions of tyranny, found in Webster’s Dictionary, states, “exercise of power over subjects and others with a rigor not authorized by law or justice.”

Tyranny can express itself in many forms. It may be under a Fascist regime in which severe economic and social regimentation are imposed upon the people, with forcible suppression of any opposition. It may also come under the guise of socialism, in which there is no privately owned property and the means of production are owned and controlled by the state.

Whatever form tyranny takes, there are a few things they have in common. The first is that it is an oligarchy, in which a government by a few people exercise control over the masses, exploiting them for selfish and corrupt purposes.

Secondly, whichever form tyranny takes, there is always a suppression of the rights of the individual.

Finally, under whatever form tyranny takes, there are tighter controls and stricter penalties imposed upon anyone who speaks out against those in power.

I fear that people are of the opinion that America could never end up like that. There are two quotes by Thomas Jefferson that people need to pay close attention to. The first is, “The natural progress of things is for liberty to yield and government to gain ground.” That is something we have already seen, with a nonstop barrage of infringements upon our liberty and our rights.

The second quote states, “When the people fear their government, there is tyranny; when the government fears the people, there is liberty.”

Now consider this, our government no longer shows any compunction to obey the law, or heed the voices of their constituents. In fact they are almost arrogant about their treachery. Yet we, the people are terrified of having the full weight of the government come to bear against us. Just consider how obedient we become if threatened with the possibility that the IRS is going to audit them. You tell me, who fears whom?

History has a proven track record of repeating itself, especially when a people refuse to remember it, or learn from its lessons. Therefore it would be wise for people to consider what two ancient philosophers once said about tyrannies.

The Greek philosopher, Plato, once said, “This and no other is the root from which a tyrant springs; when he first appears he is a protector.”

More recently, the French philosopher, Voltaire wrote, “Tyrants have always some slight shade of virtue; they support the laws before destroying them.”

Make no mistake about it; tyranny is once again rearing its ugly head, right here in the United States. Yet, except for a small percentage of us who are trying to warn people about it, the people of this once proud nation are welcoming it with open arms.

While we claim to be a nation of Christians, a God-fearing people, we are allowing our nation to fall into the hands of a few greedy and power hungry individuals.

We have forgotten that Thomas Jefferson once decreed that, “Resistance to tyrants is obedience to God.” We ignore that warning the risk of our own liberty and freedom.

We are not a democracy, no matter what you have been taught. Regardless of whether overwhelming majorities of the people are in favor of the actions of their government, if they violate the Constitution, or if they infringe upon the rights of, even one individual, they are unconstitutional, and ILLEGAL!

Our nation already experienced one long bloody war to gain our independence from a tyrant. In fact, the war for our nations independence was fought for far fewer violations of our liberty, than those we willingly embrace today. Where the hell is our sense of pride, and patriotism, that we would allow ourselves to wallow in servitude to a government that does not give a damn about us?

Our nation is in a battle for its very survival, yet people are openly embracing the policies, which will bring about its downfall. It is absolutely mind-boggling!

I have used a quote numerous times, and I will use it as many times as it takes to get the point across. It was made by Samuel Adams, who once declared, “If ye love wealth greater than liberty, the tranquility of servitude greater than the animating contest for freedom, go home from us in peace. We seek not your counsel, nor your arms. Crouch down and lick the hand that feeds you; May your chains set lightly upon you, and may posterity forget that ye were our countrymen.”

History has given us plenty of examples of what happens when a people sit idly by and allow their government to assume un-delegated powers. Theodore Roosevelt once said, “…it should make every man here, every man worthy of being called an American citizen throughout the length and breadth of this Union, feel that he will profit by the lessons of history…” – Public Papers of Governor Roosevelt; Page 278

History is, in fact repeating itself, and people are welcoming the change. Well, I for one do not welcome it, and I will do everything in my power to oppose it. Hopefully, my fellow countrymen will stand beside me in this fight. However, if needs be, I would rather, as George Washington once said, “Associate yourself with men of good quality if you esteem your own reputation. It is better to be alone than in bad company.”

However, Washington also is quoted as saying, “The name of AMERICAN, which belongs to you, in your national capacity, must always exalt the just pride of Patriotism…”

A patriot would not sit idly by while his country falls into the hands of tyrants. Neither would he openly embrace the policies, which violate the principles upon which his country was founded.

So, it is up to each of my readers, how to take what you about to read. You can continue to assume I am just mad because my candidate did not win, or you can begin to think about the underlying theme of my writings. I would suggest that you make your choice soon, as from where I see things – this country does not have much time left.

Mail a Check or Money Order – Payable to