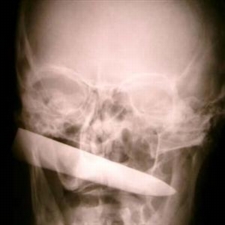 What we are seeing in the world today is those that would like to rule the world creating worldwide anarchy. Just stop to think about it. Going back to what they called the “Arab Spring” ad you will see what I mean. What are these uprisings other than anarchy? They do not like the ruler at the time so they take to the streets as a mob. the United States and other countries ask the leader to step down and foment the mobs in those countries. Where there have been elections the Muslim Brotherhood has taken over. Where the military has taken over in certain countries to make the transition, the anarchists are not satisfied that they are moving fast enough. The mobs take to the streets again, supported by the U.S. and others that want a one world government. They feel that if enough of these countries fall into anarchy, they can step in and bring the government into the one world government.

Now let us take a look at good old U. S. of A. Here you could probably say it started in Wisconsin. That governor and legislature put forth bills that would bring the budget back into the black. the unions did not like that so they had all of the Demlican senators leave the state and go into hiding. That in itself I consider to be an unconstitutional move. However, those people really do not care about the constitution, they only care about themselves. As soon as the senators left the mobs began. They were violent, they were unruly, they sent death threats to the governor and to Republicrat senators. Of course nothing was done to them because they were on the “right side”. It went from there to recall elections and now there are more recall elections coming up including the governor. We are no longer a state that is governed by the rule of law but a state that is run by mob rule. There are reasons that recall should be used, things like crime while in office and other things such as this. I do not believe that a recall should be allowed for a politician doing exactly what he stated he would do while he was campaigning.

Next it was a lot of other states doing the same things. Many of them do not have recall rules so their elected officials cannot be recalled. However, there was still the rioting and anarchists out an about calling for death to anyone who was not liberal enough and not behind the unions. After that it was and still is the Occupy Wall Street anarchists. Some people compare them to the Tea Party but that is bogus. While the Tea Party was very controlled and peaceful, the Occupy bunch is nothing but a bunch of anarchists that want something for nothing. They are not going away either. I believe that before this fall’s election it will get much worse. They will very likely be protesting at any event that they do not believe is liberal (read communist) enough. I believe that it may get bad enough that B. Hussein O. our great pretendsident will have to call out the National Guard and perhaps declare Martial Law. If he does that it will be because he sees that he cannot win the election and will cancel this year’s vote. If the election does go on and B. Hussein O. loses, look for rioting in the black community. Look for looting, burning, thefts and everything else that goes along with anarchy.

Everyone we have backed in the Middle East has gone to the Muslims and the couple of friends we did have there are friends no more. We practically helped get Mubarak out of Egypt and what happened? The Muslim Brotherhood took over and now they have a group of Americans being held to be put on trial. Egypt used to be our best friend in that region and now they are our mortal enemy. I believe that all of this is intentional. The fasciunists that are running this country and several other countries, want all of the unrest. If it gets bad enough the UN will just step in and take over. They will tell us it is to keep the peace but in fact it will be to drive a wedge deeper between us and the few friends we do have after B. Hussein O. gets done ticking all of our friends and allies off. The more that the anarchists take over things the better the fasciunists like it. It means that they are that much closer to being able to take over and set up their one world dictatorship.

It is time for all of us to become very vigilant if we are not already. I do not believe the we have much time to save this country. We have to get rid of illegal invaders to the country that would like to take the southwest third of the country over. They are another group that will riot an protest to get their own way and they too are being taken over by anarchists. All of this goes right back to the communist party and what they devised to take over this country. So, get off your sofa, open your eyes and do something. Anyone that is not part of the solution is going to be part of the problem. 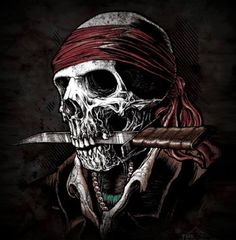 ~ The Author ~
The author (Stephen J. Norling) ws retired from the work world and did freelance writing. He served in the armed forces and worked in various industries, having worked for both political parties and found them both to be lacking. After watching politics for a long time he came to all new conclusions and why he warned people of the politics of this country. He remained a (somewhat) regular contributor to the Federal Observer and Kettle Moraine Publications for many years. Sadly, our friend, the Knifeman passed on recently, yet his archives remain – for now.