Well… it has been some months since I have dipped into our early archives and posted…. but will ya’ just look at this! Now – don’t rag on me because some of the words or names are outdated – ‘Bush‘, ‘Anthrax‘ and a few more… but then you realize just how long we have been played… It is NEVER going to change my friends – for here we are – nearly twenty years later – and we keep falling for it all – and I fear that Sundown is nigh!~ Jeffrey Bennett, Editor

Editor of the Federal Observer is pissed off….

…and you should be too if you know what’s good for you!

October 16, 2001; 1:49 (EDT) – ‘I’m mad as hell and I’m not going to take it anymore!‘ That’s it! I’m finished – finished with all of the stupidity and apathy in this nation! Allright, we’ve been kicked – but we’re not down! But dammit, when is America and her sheople going to wake up to that fact? If this is war – then let’s start acting like it!

No, I don’t mean by running back to the movies and the ball games – although all of us need a break – I mean by pulling ourselves up by our bootstraps (if you young punks even know what I’m talking about) and getting about the business of BEING Americans! Stop the whining and the sniveling – and stop being so damned self centered. The media has done this to you and you have lay down in the ‘Strawberry Fields’ for what seems like forever – that you can’t even get up because TV and the talking heads have ruled your lives for so long – that you have become brain-dead. Pull the life support for Heaven’s sake. Cut the umbilical cord to the damned government and stand up on your own two feet.

We’re into this ‘war’ for what we are told is going to be a very long time. Why? Because we are told so! We’re going to be annihilated by bio-terrorists and the spread of Anthrax? I’m not suggesting that this isn’t a real possibility, because it is. See one day’s headlines below – if you have the stomach to face reality. The Federal Observer posted it’s first warning about this hazard just three days after the attack on America – and now it seems that the subject has become the latest ‘news’ story. First it was IranContraGate. OllieGate, Rodney King, then O.J. Simpson, Bill and Paula, Bill and Kathleen, Bill and Monica, Whitewatergate, Fostergate, DowntownBrowngate, Monicagate, Fornigate, Pardongate, BillGatesGate (OOPS – even as far back as 2001? ~ Ed.), Dropyourdrawersandfillthenightlynewswithmoreworthlessnewsgate, HillaryGate, RenoGate, Gorealmostatthegategate, Bushgate, FloridaGate – and each time you stayed glued to the boob tube for every scintillating detail. Sheeehit people, being prepared is one thing – but this is idiocy. 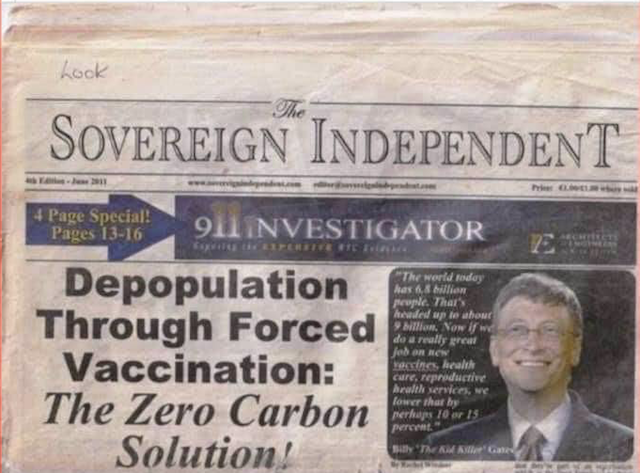 * Baby boy at ABC gets anthrax

* Is Cipro safe for kids?

* Abortion clinics get powder in mail

* Russia offers anthrax aid, ‘We have everything prepared for the eventuality of an outbreak’  – Moscow Times

The damned media seems to think that they have a right to every tidbit of ‘news’ that comes around – manufactured or not. I read a book once called ‘Tools for the Takeover‘, written by a TV News-anchor. In the book he told how the ‘news’ was made. One little tiny sound-bite would be picked up by the local rag, they would embellish the story. It would then be read by the yokels at the TV and Radio ‘news’ department, who would then embellish it more. Nuff said – if you don’t have the idea by now – you never will.

What’s the purpose of this rambling column? Absolutely nothing except to get it off my chest. If you spend your whole life reading the headlines as listed herein, you’ll freeze and do nothing – then the enemy will have won. But as Pogo once said (you punks won’t know who he is either), ‘We have met the enemy, and the enemy is us!‘

Whether we are in this war for a long time or not – it’s time that this whole damned (and that’s what we are) nation stands up and demands accountability in government. I for one, support President Bush in his anger over the leaking of ‘Classified’ information to the ‘gentlemen’ and ‘ladies’ of the damnable press. They should be shot for having such loud mouths. LOOSE LIPS SINK BATTLESHIPS! That’s what the saying was in my Father’s time – and if we are going to win – then shut up! 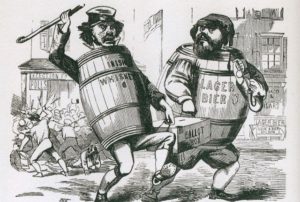 Now as for the government. What is all this crap about the American people having nothing to worry about as relates to Biological and Chemical Warfare? I’ve been to the web-page for the Center for Disease Control (a government agency) and they are educating and warning those who will listen (or read) about these dangers. I’ve been to the Johns Hopkins web-site as well – and I put more faith in them than FedGov. You tell us that there is no major threat to be concerned about, that we won’t need the anti-dote. Well, hell – you yo-yo’s can’t even seem to get the stuff made – but you’re willing to let Russia take care of us. Oh that’s just f’ing brilliant. How about our good friends from China? Will they help too? And as long as we’re not angry at Mohmar Gudawful this week, why not seek his assistance as well. When are the talking heads going to stop lying to the American people? And when are the American people going to stop lying to themselves? Fat chance in a skinny mind!

Well, while you weak kneed arrogant bastards in the U.S. Congress were too busy letting Willy expose his willy for eight years, you weren’t paying attention to our weakened military or our lack of foreign policy (if Willy had had his way – it would have been foreign affairs). Now the chickens have come home to roost. Chicken S#*&! But the members of Congress have gas masks, they have the antibiotics. Your damned beloved Israel at least supplies their citizens with gas masks. You should have – because there has been so much hot, aromatic air coming out of DC for years that the stench is unreal. But that’s o.k. – because in a truly free Republic (notice I did not say Democracy), each individual (not citizen) has the right and ability to care for his or her own – without the handout from FedGov. I don’t want to be tied to your purse strings – the price is altogether too high.

To Hell with this!

1 thought on “… and This Editor is still Pissed off!”